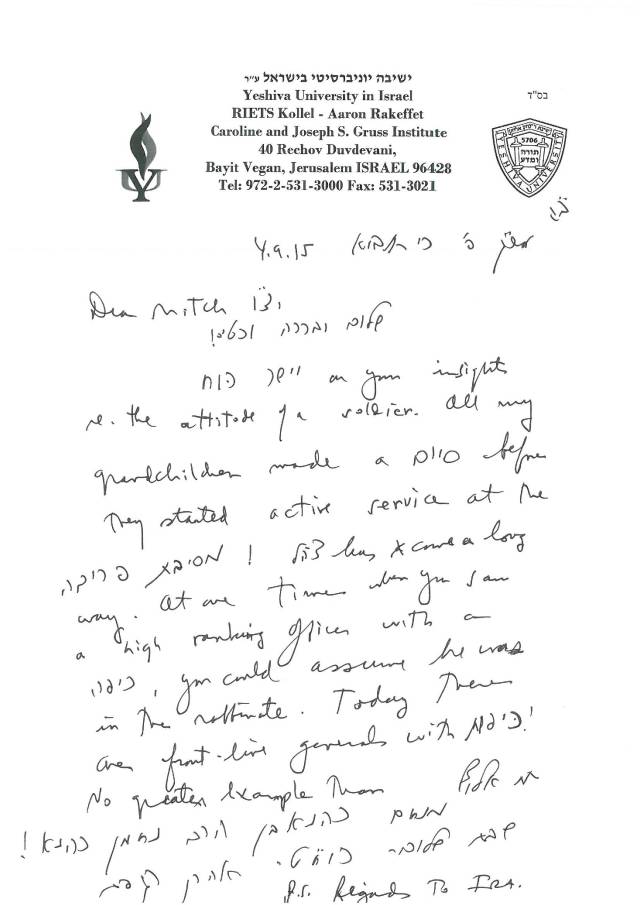 This Shabbos is the greatest Shabbos of the year, Shabbos Nachumu.  I remember as a kid looking at the Jewish Press and reading the ads for Shabbos Nachumu weekend in the Catskills and wanted to go.

I recommend  Rabbi Shamshom Refoel Hirsh’s book on Haftorah.  His thoughts ring true to today.  His optimism, saying the Jews have to be the light to the nations, and his Zionism stand out.

Welcome to Rabbi Wolkenfeld,  the new Rabbi at Anshei Sholem.  I spoke to him and played Jewish geography.  Anshe Sholem made an excellent choice.

I was in Florida for 10 days around July 4th for the birth and Bris of my new grandson, Zachariah Refoel.  I will write about it at a different time.

The following is an old e-mail to family with a Torah though on this week’s portion and an Anshei Sholem story.

This Shabbos I had one of those great days, when everything came together for me.  Most of our lives are a series of living our daily lives, dealing with stress, hardships, punctuated by those times that are special.  We always have to deal with Monday morning.

My daughter is engaged to be married and the Vort – Engagement party is this Sunday night at my house from 7:00 PM to 9:00 PM.   Friday night we ate at my house with Chasan (groom), my sister, Karen and her daughter, Ziporah.  They came in from New York for the Vort.  My mother was also with us.

Shabbos morning I decided to walk to Anshe Sholem, the Shul along the lakefront.  Walking and running is one activity that gets me through life.  I left at 6:40 AM and got to Anshe Sholem at 8:25 AM.  I took the lakefront path.  There were hundreds of runners out there.  I love the energy.  Many of the guys were running without shirts.  Back in 1977 that was me.

Thought on the Torah Portion:

I was early so I sat down to learn.  I learned the first Passuk (passage) and the first Rashi.

The first Rashi explains the word “Veschannan”.  Rashi says that this word means that Moshe prayed and asked for a “gift” from God.   Although righteous people can pray and ask for things from God because of their merits, they ask God for “gifts”.   Rashi then says,

The question on Rashi is obvious.  It would seem that there is only one Peshat –  There are 10 expressions of prayer, one of them being “Techina”.  Techina is a type of prayer that asks for a gift from God.  This is how The Rosh and the Da’as Zekanin M’Baali Tosfos explain it, refer to  page three of the attachment.   Rashi seems to say that there are two explanations, one a gift and the second prayer.

The Sefrei has the abbreviation by the second Peshat of the Daled and Alef, not spelled out

Thanks Yonatan for the gift of the Medresh Rabbah

,was abbreviated with a Daled and an Alef.   Over the years as it was printed, the publisher thought the Daled and Alef was

,  Maybe Rashi’s original intent was that the word was D’amrinun or D’amer, as to explain it like The Rosh and the Da’as Zekanin M’Baali Tosfos.  We would have to see an original manuscript of Rashi.

The Ba’al Haturim, page four of the attached, says that the numerical equivalent of Veschannan is the same as Shira – song.  Moshe recited songs {of praise} before God, so that God would accept Moshe’s prayer.  Look at footnote 3 on page four.  I asked my neighbor Rabbi Moshe Roberts as to what is “Shirah”.  He explained Shirah as the first three blessings the Daily Amidah or as in Pesukai D’Zimra.  Maybe you could explain it differently.  The Ba’al Haturim is saying that when Moshe davened, he sang.   Moshe davened with great fervor infused with Simcha – Joy.  In Kotzk and Chassidus, davening is about fervor and Simcha.   As if Moshe davened with a Carlbach melody.  The Artscroll footnote says “for prayer requires a sweet-sounding melody”.

I am not sure how to really answer Rashi.  Maybe in the first explanation of Rashi, the highest level of all Prayer is asking from God requests as a free gift.  In the second Peshat, all prayers are at a high level, no matter how you Pray and what you ask for.  The reality is that most of us pray to God and tell God, we have been good, we have listened to you, and we have requests; please answer our prayer.  During different times we request things different ways, one of them being as a free gift, but not that this is on a higher level than other types of prayer.  Prayer depends on our moods, what is happening in our lives, our issues with self-esteem,  are things coming together for us.

Continuation of the Day:

I davened Shacharis.  During the prayer services in walks my friend, Alfie Cherrick.  His daughter is not well and has been in intensive care at Children’s Memorial Hospital.  Children’s Memorial Hospital is about one mile from the Shul.  My friend and his wife stayed at the hospital for Shabbos.  He davened at sunrise and came to Anshe Sholem to hear the Torah Reading.  My friend was sitting in the Shul’s study and  I was telling him the above Divrei Torah.  The Rabbi of Anshe Sholem, Rabbi Asher Lopatin walked in to get something from his office.   All three of us learned in Brisk Yeshiva by Rabbi Aaron Soloveichik and  Rabbi Lopatin commented, it is like old times.   I finished the Devar Torah, left the Shul at 9:50 AM to go to Mishna Ugemorah, my normal Synagogue.

We had a great moment of life.  And the Rest of the Story:

My friend reminded me of an event that occurred in 1975 and added a great ending to the event.

In 1975 both of us were learning in Brisk Yeshiva under Rabbi Aaron Soloveichik.  The Rabbi of Anshe Sholem, Rabbi Herman Davis, passed away at a younger age.  It was on the 23rd day of Sivan.  Rabbi Soloveichik had the entire Yeshiva;  high school and Beis Medresh go to the funeral.  I remember going and listening to the Hespeidim.  At the time, I did not understand why the entire Yeshiva went.  I knew that Rabbi Davis was a Rov, however, I did not think that he had any connection to the Yeshiva.  Alfie Cherrick remembered that Mayor Daley spoke, as Rabbi Davis was a city chaplain.  Alfie then told me the rest of the Story.  As myself, everyone wondered as to why the yeshiva went.  Some of the students asked Reb Aaron.  Reb Aaron said that during the `60’s, Rabbi Davis was under tremendous pressure to remove the Mechitza and have mixed seating.  Rabbi Davis fought to keep the Synagogue within Orthodoxy and was successful.  Reb Aaron said that the Yeshiva went in recognition of the struggle of Rabbi Davis to keep Anshe Sholem Orthodox and open to all Jews.  I was speechless.   Wow!   The greatness of Reb Aaron Soloveichik.  Reb Aaron was in the forefront of fighting for Orthodoxy and he understood Rabbi Davis’s struggles, and the importance of his successful fight.  34 years later, three of his students came together on a Shabbos morning due to Rabbi Davis.  I said a Torah thought, my friend had a place to Daven, and Rabbi Lopatin has done a magnificent job in growing Anshe Sholem.  This defines the concept of a Synagogue.   It is Jews coming together to pray as a community.  Sometimes it is just going about our daily routine, however, other times it is in a time of need, and in other times, it is times of joy.  Alfie Cherrick needed a successful recovery for his daughter, for me it was a time of joy, as my daughter is engaged, plus I love the Shul and go for my mental health, and Rabbi Lopatin is the Rabbi.

I can only conclude, thank you Hashem for allowing me to be there and participate.   May we all obtain peace of mind, Yshu’os and Refu’os – healing, for our physical, spiritual, and well-being,  from God