It is now 7:44 PM and I have just finished for the day.  I did go to Sidney for Mincha and Maariv.

I gave the Daf Yomi Shiur last week and enjoyed it.  To prepare I used the Daf Yomi shiur on ou.org, the most widely listened to Daf Yomi in the world.  It is given by Rabbi Moshe Elefant.  His 45 minute Shiur turned into a 1.5 hour study session for me.

On 2/1/11, just 6 days from now, registration opens for the 2011 Chicago marathon.  A ray of sunshine in this bleak winter.  Walking the miles and miles of 2010 Chicago Marathon,  I was  in terrible agony, and told myself  that I will never do this again.  However, the sights, sounds, and smell of the marathon keeps beckoning to me and I am going all in.

Tonight and tomorrow is the 152st Yahrzeit of the Kotzker Rebbe.  I like to write something novel or something that I did not know about the Kotzker every year.

I have been working on Zionism and last Sabbath, I read part of the last Chapter in  Chaim Potok’s book, “Wanderings: Chaim Potok’s History of the Jews”, written in 1978.  Had I read it in 1978 I would not have understood the profundity of Chaim Potok’s words.   With age and understanding, and doing my own readings I was energized by Chaim Potok’s ideas and got it. 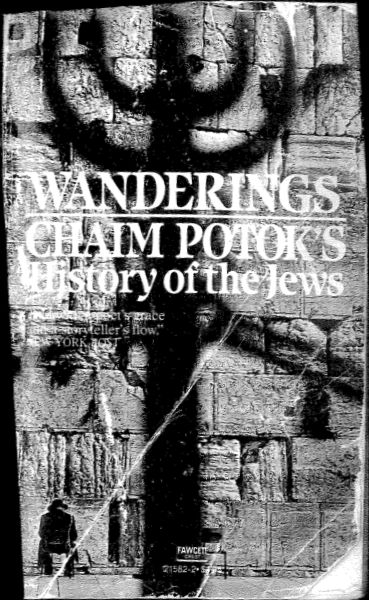 “More than a million and a half Jews settled in the United States.

“We spoke at length one evening of Moses Hess, an assimilated German Jew” and the rest of the page

Hess wrote Rome and Jerusalem in 1862.  Hess’s actual writings were much stronger than what Potok wrote.  Potok had to be politically correct.  Hess wrote that the Germans will never accept the Jews and will always hate the Jews.  The Jews belong in Israel.

“Perhaps I knew that Hess had been influenced by T’zvi Hirsch Kalisher, a Rabbi in Prussia who had written works urging Jews to abandon the traditional view of the Messiah and attempt to obtain the consent of the nations for the Jewish resettlement of the land.”

What does this have to do with the Kotzker.  On or around 1886, the Kotzker’s grandson and heir to the Kotzker dynasty, Admor Chaim Yisroel of Pilav wrote his prophetic work titled, Sholem Yerushalim – translated  as “Peace of Jerusalem”.

In it Admor Chaim Yisroel Morgenstern wrote that the recent awakenings in the 1880s  to resettle Israel, is based on sources in Nach (the prophets) and is the beginning of the coming of the Messiah, similar to what Reb Tzvi Hirsch Kalisher wrote.  I also believe the Netziv of Volozhin  agreed with these sentiments. The holy Admor wrote that even though the leaders for the re-settlement of Israel are secular Jews, it is still based on God’s plans and therefore holy.  My great – great grandfather spoke about the ability of land to be purchased in Israel for the Jewish people (for a few years in the 1880’s the Turks allowed for the purchase on land by Jews) and made the following comment, “ why are Jews by the tens of thousands going to America when they are able to go to Israel, the land the God said flows with Milk and Honey.”  I have attached the pertinent pages from his book.

Ahavas Yisroel, love of his fellow Jews, flowed through Admor Chaim Yisroel Morgenstern.  He looked around, saw that the Jews cannot survive in Russia, saw the founding of the Chovevei Zion (Lovers of Zion), and the awakening of the strong desire to re-settle Israel by the Zionists, and understood that all this is from God.  Admor  Chaim Yisroel Morgenstern was correct and his brethren confirmed what the holy Admor understood, the Jews could not live in Russia, were doomed, and 2 million left Russia over a 30 year period.  1.5 million left for America, many to be fully assimilated and lost to the Jewish people.  Admor Chaim Yisroel Morgenstern understood that the message was for the Jews to re-settle Israel.  He found a source in Nach – the Prophets –  and a source from his grandfather’s Rebbe, the holy Admor Simcha Bunim of Pishischa, and so beautifully wrote it in “Sholem Jerusalem.”  Perhaps the holy Admor felt in his sub-conscientious that all the Jews of Europe were doomed and Israel was their only hope.

Where did the Admor absorb a heavenly sense of Ahavas Yisroel.  It was from his holy grandfather, the Kotzker.  Admor Chaim Yisroel Morgenstern was born in 1840 and for the first 19 years of his life was educated by the Kotzker.  The Admor absorbed the sacredness and  holiness of the world of Kotzk.  I have previously written that a pillar of Kotzker Chassidus is Ahavas Yisroel – love of fellow Jews.

This is the Kotzker Rebbe.  Admor Chaim Yisroel Morgenstern stood on the shoulders of his grandfather, the Kotzker, and was able to look into the heavens and understood  .  .  .

I apologize that I do not have the time to translate into English the poetic words of my great – great grandfather, Admor Chaim Yisroel of Pilav, the grandson of the Kotzker.