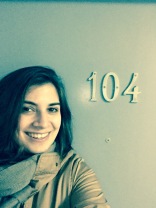 Decided to go to LA and clean out my father’s last storage unit.  The storage unit location is being sold and everything had to out by 12/31/2015. My father died in 2002 and he had three store units.  We cleaned out two of them following his passing in 2002.  We kept delaying and now we were up against a hard deadline.

10:30 PM – Arrive at Madeline and Martin’s condo in Westwood. Madeline is a first cousin of my wife.  It had been over 5 years since I was in LA, I was home and hugged them.

7:00 AM – Morning prayers at the Westwood Village Synagogue.  Reacquainted myself with Rabbi Abner Weiss, one of my teachers.

8:00 AM – Breakfast served by Madeline

I open the unit and it is full of boxes, files, suitcases, luggage metal trunks, supplies, and everything else. I do not know what to do. I am overwhelmed as there is quite a bit to look at and did not want to miss anything. I am  also fearful of losing my sense of my father. I call my sister, Lisa. She has the same feeling as me.  My brother-in-law would have mocked me and would  have saidthrow it all out.

I panic and decide to move the stuff “as-is” to another storage unit four blocks away. I make three trips with a loaded mini-van. As the day went on I asked myself, what am I doing, it’s all junk and should be bulldozed. As the day wore on, I trashed about 25%of the unit and filled up the trash bin provided on the premises.

I find bank statements from the 1980’s; a copy of his lawsuit against Ma Parker, a deli he purchased in the 1970s on Fairfax; books; office supplies; rental car receipts. I found letters he sent to the IRS about malfeasance by people, and his tax returns. Nothing of value. I found luggage, metal suitcases that he shipped via rail in the early 1970s when he moved to LA. There were shirts, socks, blankets, his boxer shorts, uniforms from when he owned a Baskin- Robbins ice cream parlor. My most revolting discovery was a box of his undershirts. He wore undershirts, not T’s. I remember his wearing them when I was a kid and I was utterly revolted by them. I chastise the Schwartz boys because they wear these disgusting undershirts.

Rabbi Abner Weiss spoke after Davening. He asked why is Yosef, the only son of Jacob, referred to as Yosef HaZaddik (Joseph the righteous one). For nine years Yosef delayed informing his father that he was still alive and that he was the Viceroy in Egypt. It is very cruel. Yosef had dreams and made sure to let his brothers know about it.

Rabbi Weiss said that the word Tzadik means, “Tzad Dak” – “the side that is across the tine line”, meaning Yosef was a Tzadik – someone who is just over the center line between good and evil.

Had a delicious Shabbos meal at Madeline and Martin. The Nachash – snake popped up twice. Once which I cannot say and the second is that I did not bring the Diet Coke. Madeline and Martin eat healthy and do not drink diet pop. I did not pick up the pop as I said I would  and was suffering. Madeline had a 20 ounce bottle of Coke zero and I had to nurse my one glass of Coke Zero the entire evening. We engaged in the fine art of conversation.

1) On my way to Shul met Naomi and her two sons. They were on their way to the hospital to visit their father who was very sick. I told them a Dvar Torah. One of the boys is at Rutgers and I will try to set him up to stay for Shabbos with my cousin and family, who live right across the river in Highland Park, NJ, very close to Rutgers. I was dismayed to learn that their father passed away on the following Tuesday.

Naomi and her husband are friendly with Martin and Madeline.

2) Met Pablo from Argentina in front of Peet’s Coffee and invited him to Shul. He came and had an Aliyah.

3) I had a special treat. My niece, Tziporah, met me in Shul. It was great to see her.

4) Rabbi Abner Weiss was his brilliant self. He asked a question. Why did Yehuda and his descendants merit Monarchy in Israel? Reuven was the eldest son of Jacob. Yosef was a viceroy and great leader in Egypt.

The name Yehuda means to give thanks, to acknowledge. Leah named Yehuda as she was giving thanks to God. Yehuda acknowledged his guilt in the incident of Tamar. Tamar did not tell the court that Yehuda was the father. Yosef could have chosen not to acknowledge that he was the father of Tamar’s child. However, before a court consisting of his father, Yaakov, and grandfather, Yitzchok, he admitted to impregnating Tamar out of wedlock. Not easy to do. Yosef could have sidestepped everything by delaying the court proceedings and let Tamar escape without admitting guilt.

Rabbi Abner Weiss said that these are not the reasons for Yehuda’s rise to greatness. It was loyalty to his family. It first started with Tamar, then Yehuda was willing to give up his freedom for his brother, Benjamin, his loyalty to Jacob. To Yehuda, Yosef was this megalomaniac, unpredictable leader of Egypt, who could have imprisoned everyone and destroy their family. Yet Yehuda stood up to Joseph because of his loyalty to family.  What about Joseph’s sale when Yehuda said “What do we get by killing Joseph” and they sold him. It appears to be disloyalty to family. You can say that from that low point in Yehuda’s life, he changed, he realized what he did was wrong and became a completely different person, a change of 180 degrees, and had the moral compass to confront the Egyptian leader. Rabbi

Abner Weiss said that Yehuda was actually loyal to Joseph, because all the brothers felt Yehuda deserved death and Yehuda saved him from death.

Rabbi Abner Weiss mentioned a dear friend of his who was a leader for 15 years, consoled and counseled hundreds of people, had many friends. Yet when he needed his friends the most, they deserted him.

Jews traditionally are loyal to one another. This is one of the secrets of our people. The Jews have suffered for no reason other than being Jewish. However, when there is disloyalty, treachery, and no Achdus the suffering is more intense. We have a current situation today, where there seems to be lack of loyalty, even among Torah leaders. People defend lack of loyalty, claim that Achdus in Klal Yisroel is not a Torah value, and claim the disloyal Rabbi is standing up for trust. This is a false Truth, this is falsehood.

5) I saw a Rashi and said the following Torah thought.

Chapter 45; Verse 4:
דוַיֹּאמֶר יוֹסֵף אֶל אֶחָיו גְּשׁוּ נָא אֵלַי וַיִּגָּשׁוּ וַיֹּאמֶר אֲנִי יוֹסֵף אֲחִיכֶם אֲשֶׁר מְכַרְתֶּם אֹתִי מִצְרָיְמָה
Then Joseph said to his brothers, “Please come closer to me,” and they drew closer. And he said, “I am your brother Joseph, whom you sold into Egypt.

Rashi on this Verse says:

Please Come Closer:  He saw them drawing backwards.  He said, “Now my brothers are embarrassed (Tanchuma Vayigash 5)”.  He called them tenderly and pleadingly and showed them that he was circumcised (Gen. Rabbah 93:10).

Rashi used the Hebrew word “Achshav – Now”. It is an extra word. You can read Rashi without the word “Achshav” – Now. They were already embarrassed two seconds ago.

The answer is that with this one word Rashi is answering a fundamental question. Why did Yosef create this drama? Why didn’t he tell them that he is Joseph one year earlier when they first came for food? Rashi is telling us that Yosef had to create a crisis for his brothers. A crisis where they could have lost everything. Yehuda offered to be Yosef’s slave; he would lived out his life as a slave, no freedom, and would have lost his family. The brothers did not know if Yosef would change his mind and imprison all of them.   Yosef’s behavior to them was mercurial in his treatment to them and they did not know what to expect. Binyamin may have been lost to them and their father.

Yosef had to make them feel the emotional turmoil of being put in the position of losing everything, just as Yosef lost everything when they sold him to slavery. This was the only way for them to understand that what they did was wrong and truly be sorry. Otherwise, they would have been embarrassed but would have felt that they were correct in their actions.

5) Met the Rabbi of the UCLA Hillel House – Rabbi Kaplan, a YU Musmach. He learned in Har Etzion – the Gush and I played Jewish geography with him. He was good friends with my Chavrusa, Noah.

6) The Shul served a great meal with Cholent, Chicken Kabob food, and salads. And plenty of Diet Coke.

7) Went back to Martin’s place. Walked my niece to her friend. I spent “islands of time” with her.

8) Got caught in a downpour. Rain is a blessing for LA, as they have been having a multi year drought.

9) Made it to Rabbi Abner Weiss’s Gemora class in his house. I did not have an address, just the general location. I said at Shul that I would be there for Maariv so I felt I had to find his house. I found the house and listened to the class. Davened Maariv

Picked up Tzipporah and went to my niece and nephew’s house in Hancock Park, Michael and Sassha. Michael brought the sushi. I spent 2 hours there catching up on family, stories. They are making a Bar Mitzvah in March 2017 and I told them to book me a reservation.

Davened at the Westwood Village Shul, however, only 9 people.

Said goodbye to Madeline and Martin.

Picked up Tzipporah and went to visit my aunt Florence, Madeline’s mother, who is at a memory care facility on Fairax, just south of Santa Monica. Spent 90 minutes with her. Had a great time. Although Zipporah is not her relative, Zipporah engaged her in conversation. I felt as if I was with her mother, my sister. Greatly appreciated. I called my mother –in-law, Florence’s sister, so they were able to talk. Departing was not easy.

Went to Pizza Maven for lunch.

Drove to Hollywood Boulevard; walked through the Roosevelt hotel, Mann’s Chinese Theatre, and the shops at Hollywood and Highland. Bought a red San Francisco hat for $5.00. Saw a Lubavitch Menorah, next to a Christmas Tree. This is why we love America.

I took Tzipporah to my father’s apartment building and we went inside to the door of his apartment. Dropped Tzipporah off and drove to LAX for my flight home.